Online Doctor provides a confidential way to receive treatment for a number of conditions. Click here to find out more.Did You Know About Our Online Doctor Service? 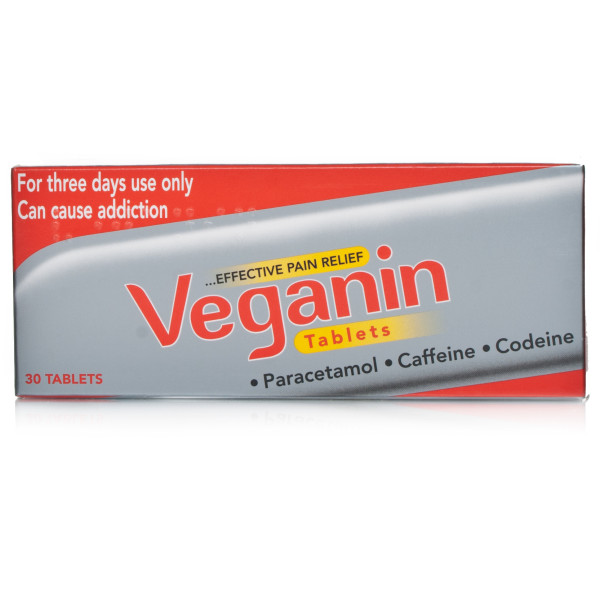 Safety
Can cause addiction. For three days use only. Always read the label
£5.19
In Stock
Delivery information Product #0020997

Veganin Triple Action Tablets contain Paracetamol, Codeine, and Caffeine that works together to bring relief for mild to moderate pain including a fever. This medicine should not be taken for more than 3 days. If symptoms persist, please see your doctor.

Veganin Triple Action Tablets help treat mild to moderate pain such as headaches, toothaches, and period pains. This product is suitable for vegetarians and vegans.

Taking codeine for a long period of time can lead to addiction.

Taking a painkiller for headaches too often can make them worse.

CONTAINS PARACETAMOL. Do not take with any other paracetamol containing products. Immediate medical advice should be sought in the event of an overdose, even if you feel well.

It is important to check the ingredients of any medicines you buy without a prescription before taking them in combination with this medicine.

An overdose of paracetamol is dangerous and capable of causing serious damage to the liver and kidneys.

You should never exceed the dose stated in the information leaflet supplied with this medicine.

Immediate medical advice should be sought in the event of an overdose with this medicine, even if you feel well, because of the risk of delayed, serious liver damage.

The hazards of paracetamol overdose are greater in persistant heavy drinkers and in people with alcoholic liver disease as alcohol increases the risk of liver damage and greatly reduces its ablilty to process toxins.

Use with caution in:

Always inform your doctor if you are pregnant or planning a pregnancy, before using any medicine.

Paracetamol is not known to be harmful when used during pregnancy. However, the safety of codeine has not been established. If codeine is used in the third trimester it may cause withdrawal symptoms in the baby after birth. As a result, this medicine should be used with caution during pregnancy, and only if the expected benefit to the mother outweighs any potential risk to the infant. Seek medical advice from your doctor before using this medicine if you are pregnant.

Paracetamol and codeine may pass into breast milk in amounts that are probably too small to be harmful in most people. However, on very rare occasions, codeine taken by a nursing mother may cause side effects in the breast-fed baby. These side effects may include drowsiness or sedation, difficulty breastfeeding, vomiting, breathing difficulties and floppiness in the nursing baby.

The baby may be more likely to experience side effects if the mother experiences side effects such as drowsiness, nausea, vomiting, loss of appetite or breathing difficulties after taking codeine. You should seek medical advice from your doctor before taking this medicine if you are breastfeeding.You should stop taking this medicine and consult your doctor immediately or seek emergency medical care if your baby shows any of the symptoms just mentioned.

This medicine should be used with caution in people taking a monoamine oxidase inhibitor (MAOI), for example the antidepressants phenelzine, tranylcypromine or isocarboxacid. Ask your doctor or pharmacist for advice before taking this medicine if you have taken an MAOI in the last 14 days.

Cholestyramine reduces the absorption of paracetamol from the gut. It should not be taken within an hour of taking paracetamol or the effect of the paracetamol will be reduced.

Long-term or regular use of paracetamol may increase the anti-blood-clotting effect of warfarin and other anticoagulant medicines, leading to an increased risk of bleeding. This effect does not occur with occasional pain-killing doses. If you are taking an anticoagulant medicine and you are also taking co-codamol regularly, your blood clotting time (INR) should be regularly monitored.

In the unlikely event that this medicine makes you feel drowsy, this may be enhanced by other medicines that can cause drowsiness, such as the following:

Do not store above 25°C. Store in orginal package.

The views expressed are those of our customers. If you require advice on a condition or treatment, please contact your doctor or pharmacist. For any questions regarding the products, please contact us. Please note: due to advertising regulations, not all product reviews can be displayed. Please be advised that people respond to products differently and you should always read the label.

I bought them for a lady friend who has bad period pain. Not now they're brilliant.

0 out of 0 people found this useful. Yes No Report abuse
Richard
5.00 stars

0 out of 0 people found this useful. Yes No Report abuse
Guest review
4.00 stars

0 out of 0 people found this useful. Yes No Report abuse
Alison
5.00 stars

Three drugs in each tablet

0 out of 0 people found this useful. Yes No Report abuse
View more reviews
Write a Review
£5.19 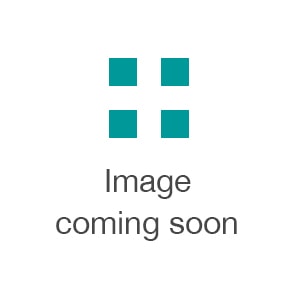