Home
BioCARB - In The Press

How I Lost It!

As a teenager, I'd come in from school starving and eat buttered toast - lots of it! It became a habit, the weight piled on and, as I got older, I had to admit that I was fat!

For years, I did nothing. Then last year, my mum suggested WeightWatchers.

I joined and lost a couple of stone, then I got stuck and for two months, my weight stayed the same.

I'm only 5ft 1in and I was 11st. A friend suggested I try BioCARB, which she said helps you lose weight by stopping your body absorbing calories from carbs.

I took two capsules with every meal and began exercising, and after four weeks. I started to lose 1lb a week without changing my diet. Now I've reached my goal weight and soon I'm off on holiday. I'm going to be wearing a bikini for the first time ever! 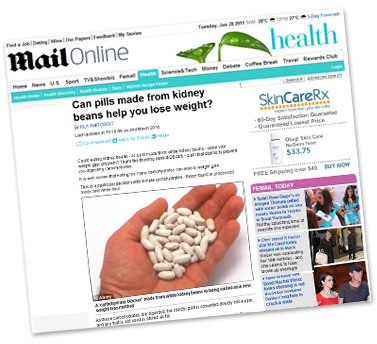 Can pills made from kidney beans help you lose weight?

It is well known that eating too many carbohydrates can lead to weight gain. This is a particular problem with simple carbohydrates - those found in processed foods and white flour.

As these carbohydrates are digested, the starchy part is converted directly into sugar, and any that is not used is stored as fat.

Products to block carbohydrate digestion have been available in the UK for several years, both via prescription and over the counter.

When made from an extract of the white kidney bean, carbohydrates are broken down by an enzyme known as alpha amylase, produced in the pancreas.

It reduces the effectiveness of this enzyme, preventing carbohydrates being converted into sugar. This means side effects are virtually eradicated.

In a small study carried out at the University of Scranton, Pennsylvania, a 1.5g (white bean extract) tablet cut the amount of carbohydrate absorbed in a meal by up to 66 per cent. 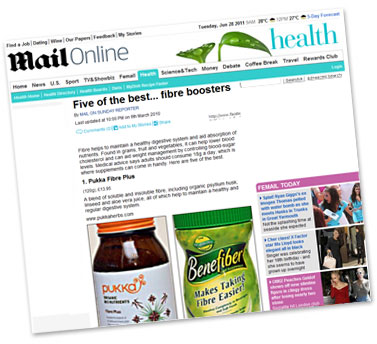 Five of the best fibre boosters

Fibre helps to maintain a healthy digestive system and aid absorption of nutrients. Found in grains, fruit and vegetables, it can help lower blood cholesterol and can aid weight management by controlling blood-sugar levels. Medical advice says adults should consume 18g a day, which is where supplements can come in handy.

The konjac plant contains glucomannan, a chemical which has been shown to provide a feeling of fullness and help maintain steady blood-sugar levels.