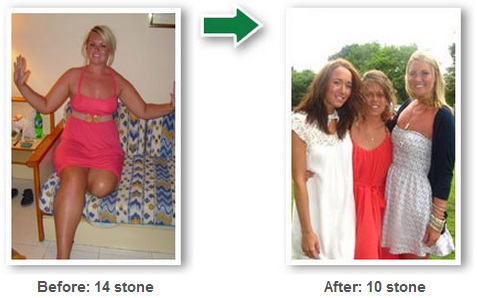 The saying goes ?sticks and stones may break my bones but words will never hurt me', but when Natalie, age 24, was heckled on holiday it left her depressed and reclusive.

Looking forward to a girly holiday to Majorca with her closest friends, Natalie was on a high. However, things quickly turned sour. The daily routine of squeezing into a bikini or tiny summer dress became torturous next to her slimmer, prettier friends.

Instead of bonding with her friends, Natalie felt isolated by her weight and excluded from the attention her friends were getting.

The final straw came on a night out when some drunk lads heckled Natalie and her friends. They shouted ?fitties!' at the group, but then one cruel clubber shouted ?apart from the heifer in the orange!' ? directed at Natalie.

Devastated, Natalie was heart-broken. All she wanted to do was go home and hide under a huge jumper. As a result, the holiday was ruined and Natalie refused to leave the house for the remainder of the holiday. Hiding under a duvet crying, she couldn't dismiss the comment like her slimmer friends could.

But worse was to come. When she returned to the UK and saw the holiday snaps, she spiralled into depression. With the holiday images posted on Facebook by friends, Natalie was devastated that the whole world could see her as a ?heifer'.

She refused to go out with her friends again until she had lost weight. Throwing herself into work and keeping a photo (from the night she was heckled) on her desk as inspiration, Natalie was determined to lose weight.

Almost socially reclusive, weight from boozy nights and eating out quickly dropped off. She also cut back on portions and carbs. Any time Natalie felt temped, she would look to her holiday snap for inspiration.

Crisps were a real diet-breaker for Natalie, especially for desk-side snacking. For the occasional crunchy slip-up, Natalie uses BioCARB, a 100% natural carb-blocker as an added diet boost. BioCARB blocks the amount of carbohydrates metabolised by the body, and therefore reduces the amount of calories absorbed from British staples such as white bread, pasta and potatoes.

Natalie has now lost an astounding four stone, which has transformed her whole body and confidence. She's now more than happy to be pictured with friends and is back to her sociable self. Most importantly, Natalie's extra confidence has attracted a new boyfriend who loves her for the way she is.